Kwara State Technical Committee on Corona Virus (COVID-19) will Thursday night begin fumigation of markets across the state, a statement has said.

The fumigation takes place between 7p.m. and 11p.m.

The statement said the committee had earlier consulted with market leaders in the state on the measure.

â€œThe fumigation exercise will extend to other parts of the state in the coming days. It is part of the governmentâ€™s holistic approach to prevent the spread of COVID-19 in Kwara State and keep the people safe,â€ it added.

The government, meanwhile, has commended corporate organisations and private individuals who have also donated to the humanitarian cause â€” apart from the donors that had earlier been acknowledged.

â€œThe government hereby expresses its appreciation to various organisations and individuals who continue to donate to the efforts to keep Kwara people safe. Specifically, we commend Tuyil Pharmaceuticals Limited for donating N10m to the cause; Mr Yusuf Ali (SAN) for donating N5m; the Head of Service and the Forum of Serving Permanent Secretaries in Kwara State for donating 40% of their March salary; the Forum of Retired Permanent Secretaries in Kwara Dtate for giving us N500,000,â€ it stated.

â€œSimilarly, we are grateful to HMA Medical Limited for donating N2m to the cause; Bioraj Pharmaceuticals for the gift of N1m; OFM Charity Foundation in collaboration with Yusuf Olaolu Ali Foundation which donated 2000 bottles of hand sanitisers to the government; Ambassador Yahaya Seriki for donating 720 bottles of sanitisers; and DIG Bolanta for lending his industrial sprayers for fumigation of markets.â€

The statement also commended eight-year-old Akinduro Oluwapamilerin who donated his savings of N1,120 to the state governmentâ€™s anti-COVID-19 campaign.

â€œThe government is definitely impressed by this rare show of altruism, and is confident of Pamilerin becoming a leader of his generation,â€ it stated.

The government also commended individuals and corporate organisations who have agreed to channel their palliatives to the ward committees earlier announced by the subcommittee on palliatives, saying such measures would ensure social distancing and temperature measurement of beneficiaries, among other safety protocols. 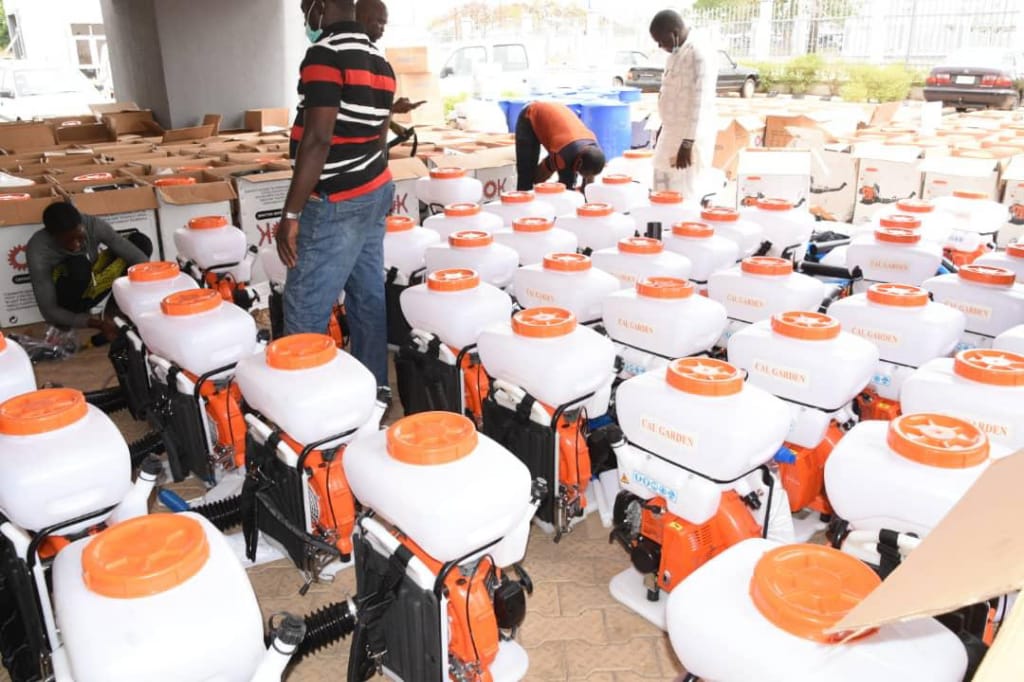