Kwara State Governor, AbdulRahman AbdulRazaq has commended Federal Government for donating state of the art firefighting equipment to the state.

AbdulRazaq, who was represented by his Deputy, Mr Kayode Alabi, gave the commendation while commissioning a fire truck deployed to Fire Service Training School in Ilorin.

He explained that the gesture would strengthen the state government’s preparedness to combat fire disaster and secure lives and property in record time.

The Governor noted that his administration had improved the level of preparedness and response to fire outbreak by procuring two skytic modern rapid intervention fire trucks and one firefighting truck.

AbdulRazaq commended the commitment of state fire officers in handling 118 fire calls and called on Kwarans to cooperate with the Fire Service for better service.

Speaking earlier, the Controller General of the Federal Fire Service, Dr Ibrahim Liman, represented by Assistant Controller General in the service, Callistus Agu, explained that the fire truck is deployed to serve dual functions of firefighting and training of firefighters in the North Central Geopolitical Zone of the country.

Dr Liman added that firefighting is everybody’s business, hence the need for synergy between the Federal and State Government to contain the menace of fire outbreak.

The CG of the fire service also solicited for improved training and welfare of state firefighters as practised in other states. 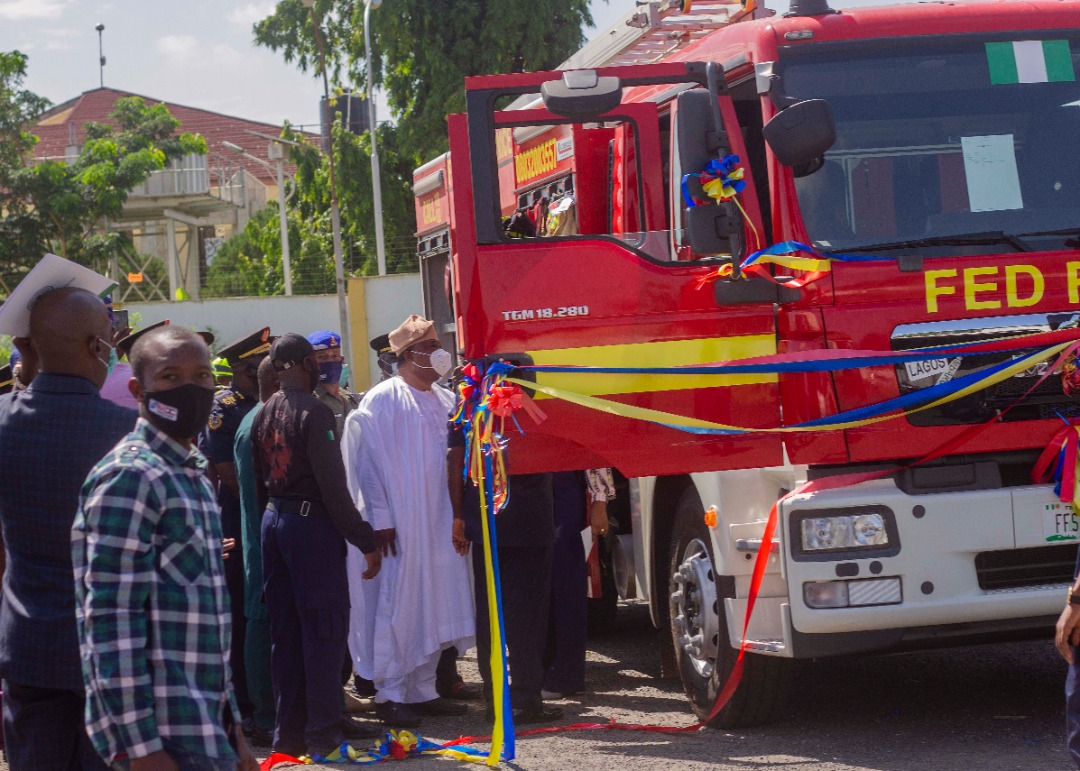