Kwara State Government has flagged off the distribution of tractors to farmers at subsidised rates as part of its strategies to strengthen large scale farming, boost food security, and lessen poverty rate in the state.

The government is deploying no less than 50 tractors for distribution to farmers at N10,000 per hectare of land — about N6,000 less than the market cost of hiring the machinery from private firms.

AbdulQowiy Olododo, Technical Assistant to the Governor on Agriculture, told reporters at the weekend at a flag off ceremony in Lafiagi that the distribution is taking place under the government’s “Tractorization Subsidy Scheme” to boost food production in the state.

“This is the first phase of our interventions to the farmers and we will move from tractorization to supplying input to the farmers – seeds and fertilisers – to boost yields,” Olododo said in Lafiagi where eight tractors were deployed to farmers in Edu local government area of the state.

“This is in fulfilment of Governor AbdulRahman AbdulRazaq’s electoral promise to support local farmers in the state. Secondly, we took this step because we are envisaging that there could be food shortage as a result of ravaging COVID-19. So, this is one of the ways we think we can upscale food production in Kwara State.”

Olododo said the initiative is to support both the subsistence and commercial farmers in Kwara State to boost their production for this season at heavily subsidised rate of N10,000 per hectare each for ploughing, ridging and harrowing.

Senior Special Assistant to the Governor on Job Creation, Alhassan Aliyu, for his part, disclosed that 50 tractors had been acquired by the government for distribution to all local government areas based on request.

On her part, a member of the state Task Force on the Implementation of the Tractorization Subsidy Scheme and Senior Special Assistant to the Governor on Sustainable Development Goals, Dr Jamila Bio-Ibrahim, said the scheme was in line with Goal Two of the SDGs which is eradicating hunger, improve nutrition, and food security and at the same time promote sustainable agriculture in the state.

“Agricultural mechanisation will improve yields, address nutrition issues and food security in the state,” she said.

Bio-Ibrahim urged the farmers to take advantage of the subsided tractors to improve yields so as to encourage the government to do more.

Muhammad Shaaba Lafiagi, a farmer in Lafiagi, thanked the state government for the initiative, saying the tractors would improve their production this year.

The scheme had earlier kickstarted in Moro local government, and is to be launched in Kwara South and Kwara Central in the next few days.

This comes barely two weeks after Commissioner for Agriculture and Rural Development Adenike Afolabi-Oshatimehin flagged off the 2020 planting season during which the government offered technical supports to local farmers in the state. 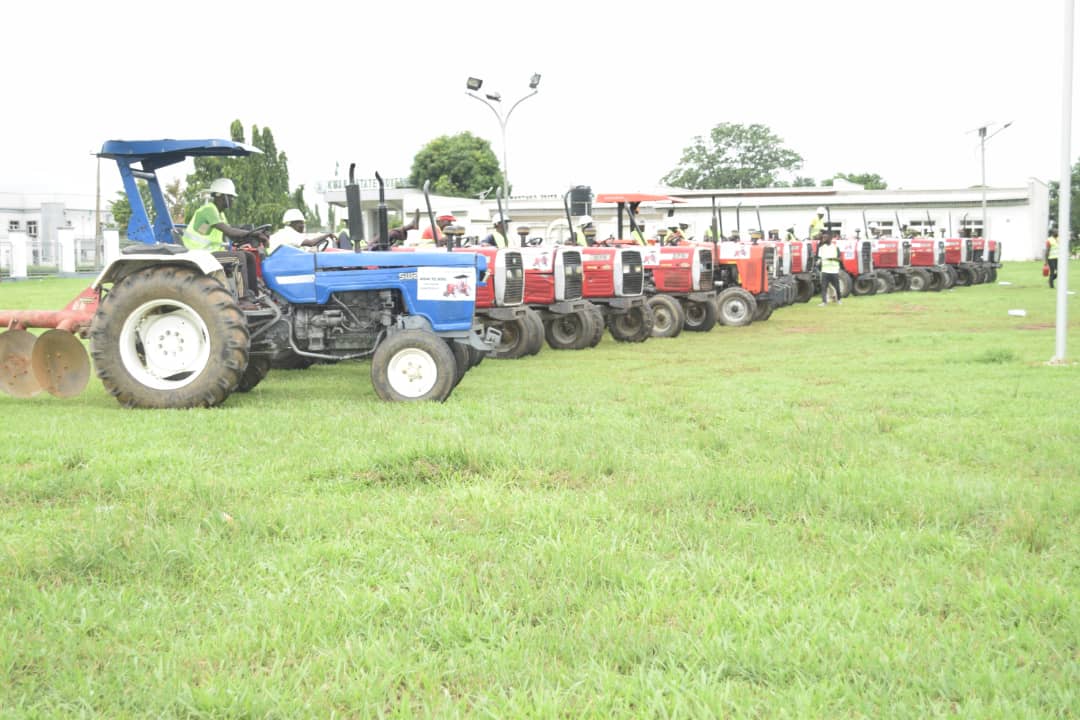